What do a bruised ego, hormones, and sleep have in common?

November 24, 2019
It would not feel like the end of a season if a post reflecting upon the good and bad of the previous year did not conclude it. My coach asked me to write down a few of my positive thoughts regarding my racing experience as a newly minted professional (supposedly). I have to admit, there exists far too few of them to really devote more than a paragraph of attention to them. However, I can think of at least one aspect of this year to dwell on, one precedant for which I am most happy.

Though I did not feel ready to jump into competition this year, I did it anyway. I am willing to bet that many thought I should have waited at least another year, too. If I learned anything, though, I learned that I don't have to quantify my success by my race results. For me, success looked like putting my ego aside, taking two steps backward, and attending to a few more pressing issues first.

One of those most demanding issues involved my knee, which likely originated from my cycling, which definitely resulted from poor form. I had pressed on for too long, neglecting the root of a serious problem (lack of strength and poor muscle recruitment) in an effort to finish off my last year of amateur racing on a high note. It felt ironic (perhaps, stupid) resigning to start over in pursuit of more challenging competition. Yet I did not see how continuing down a path of injury could possibly be sustainable in the long run.

In this first year of professional racing, I am most happy about my decision to listen more closely to my body. For the first time since whenever (let's just say since I started racing triathlon as an amateur in 2008, for the sake of simplicity), I tracked my menstrual cycle, I completely ignored the scale, I did not restrict calories, I slept without an alarm, I prioritized rehabilitation and strength training over volume, and I stopped tracking weekly training hours.

For those uninterested or disgusted by the topic of menstruation, I promptly urge you to skip to the next paragraph. If you decided to keep reading because you're either interested or pretty certain you can tough your way through it, I do not mean to dive into too great of detail, but I will divulge that I made the decision to stop taking birth control In January in an effort to take back control over my normal hormonal functions. After the initial side effects of extreme hormonal fluctuations subsided, I adopted a much more regular cycle than I ever remember experiencing while on the pill. This allowed me to experiment with the timing of certain workouts, focus on nutritional needs, and track my response to training at different times of the month. 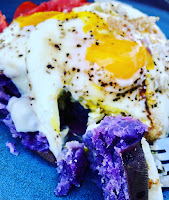 In the past, I had not really obsessed over the number that shown back up at me from the scale when I stood and stared down at it. However, I do remember distinctly looking down at the lowest number I had ever seen to reflect my weight the week before Ironman Canada last year. I also remember getting injured a couple weeks after returning to regular training after that race. Whether or not any correlation exists between those two facts, I do not know. However, I realized that providing myself the calories I needed surmounted whatever weight I adopted as "ideal race weight." Therefore, I ate when I felt hungry the foods that remained as whole to their natural state as possible. More protein definitely found a way into my diet, often plated alongside roasted or fresh vegetables. I did not hold back on the fat, either. I consumed nuts, seeds, avocado, eggs, olive oil, coconut oil and butter without restraint, and would you believe me if I told you my cholesterol numbers were THE best they have ever been? Surprise, surprise...

I slept in like there was no today. Initially, this caused the greatest amount of guilt, when, not only had I stopped working as much, I also slept well past the time Bryan woke up to get to work by 7 am. Honestly, though, I had read about and heard of this approach working for several other professional triathletes, and because I do a poor job of napping midday, I wanted to try this. All I can say is, I will NEVER go back. Instead of 7 to 8 hours a day I used to get while working and training, too, I now feel much better with 8 to sometimes 10 hours of sleep each night. Bryan hasn't exactly mentioned the extra beauty sleep has done much for my looks, but he also hasn't suggested I get back to using an alarm clock so I can take up my day job again. 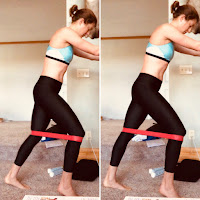 Finally, I stopped tracking how many hours of training I put in each week and focused more on how my body felt each day. Oftentimes, because my knee still haggled me consistently during rides and runs, it felt hard to add in any real intensity until August and September. It's already well into November, and I'm just now starting to feel like I can use my legs at 80-90% capacity. That's a long-ass time, ladies and gentleman, to have to "just get by" and watch your competition get faster while you slog along and bring up the rear because you simply cannot push it any harder. Fifteen months, to be exact. Don't do it. Just, don't. 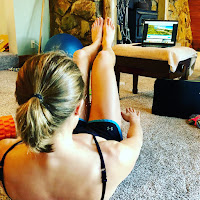 Instead, take control and learn from me: do your strength training. During the first part of the year, it looked like rehabilitation exercise, pilates with the program Pilates for Sports, and body weight exercise. Slowly I have progressed to heavy lifting in the past couple months, and as a result, I am trusting myself to take on the weight and carryover that strength to my cycling and running. Suddenly, my knee does not complain when it has the support of surrounding muscles and the larger, global movers to do the work they were designed and supposed to do. I literally have a lazy ass, but that does not make me one, mind you.

In the end, I faced a lot of set back that ultimately I created for myself this year. However, I learned that with patience, hard work, and devotion to a program designed to make me better, I will persevere. What better time to learn all this than my first rookie year as a so-called professional? Do you look at me and read my review and wonder just what kind of so-called professional I profess to be? I don't blame you; I thought the same thing all year long. Now, I am starting to see and feel what all my efforts might ultimately amount to next year. All I can say is, I am excited to take this new-found strength and form and put it to the test. I have fallen down too many times to count, and I'll be damned if I don't get back up one more time.