Sunshine instead of snow: IM IWLQ 70.3

December 11, 2018
My spiral down from Kona Ironman WC felt like one in which I had no control. A month of relative rest and recovery did not tempt my niggles to heal. As I write this, I am not sure what makes me think a month off from training will do it, then. Regardless, I battled my head and ultimately rose to the top of the psychological nutcase leaderboard. Each week after Kona felt like one less week I had to rebound and get at least some form of running into my schedule. My body just did not want to.

Enter in my new-found use of the stairstepper. For a couple weeks, I watched my heart rate reach levels it would have had I instead found myself outside on the Centennial trail, running easy with my girls. I oscillated between its use and that of the treadmill, keeping the incline no less than 4% grade. I suppose it helped confirm my body still knew how to put each foot forward at a faster than walking pace. I later found out it hardly served as the best preparation for the undulating course IM IWLQ 70.3 had in store for me.

When I stepped outside into the sunshine that broke through the open ceilings of the Palm Springs Airport, I found it hard to care about how my body felt. Sunshine instead of snow? Yes, please! Talk of the freezing water temperatures in Lake Cahuilla, (as low as 48 degrees!), confirmed a laughable amount of rumors had escalated as we all waited around the baggage claim area. 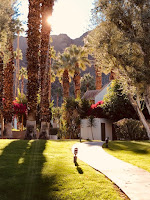 Race morning, though, Bryan and I walked off the shuttles in our winter gear: down jackets, ski gloves, and hats. I made it a point to have my 700 liquid calories of F2C Endurance 5:1 completely consumed by then, which ended up serving me well. Our shuttle bus arrived just 15 minutes before they wanted to close transition. We waited patiently in the body marking line, spent just several minutes putting nutrition and our bike computers on our bikes, and only then did we make our way to the tent that housed our treated-with-chlorine wetsuits overnight. Shrill exclamations of donning cold neoprene body suits cut through the air, and Bryan and I felt fortunate we had opted to complete the wetsuit treatment early the previous morning when bike check-in first opened at 10am.

I dared not warm up in the water since race personnel insisted people return to the shore no less than 30 minutes prior to the rolling start of the age group athletes. The quick dip of my hands in the water to splash my face in an attempt to prepare myself for the cold immersion did nothing to actually prepare me for what I felt when I dove into Lake Cahuilla. Not more than 500 yards into the swim, my face had turned numb and my arms felt heavier than they should have for my effort. Clambering up onto the shore after rounding four turn buoys, a bit of discouragement washed over me when I saw my poor swim time. Perhaps my body does not perform as well in 57-degree water; my hands struggled to work my wetsuit off my shoulders and cold feet.

Thankfully, my headlights shown bright enough to help me find my BMC Timemachine in transition. I opted to carry my new Lake shoes rather than run the distance in them for fear I would skid out on the asphalt. Making my way out of the parking lot, I stayed up on the bullhorns until I had passed over the cracks and potholes that had the potential to throw me off my bike had I not held on for my life. Once I had a chance to hunker down and get dialed into my effort, the fields of palm trees, leafy greens, and citrus kept me looking forward. Plenty of corners in this course required I get up out of my aero position, and while I credit Ironman staff for sweeping the streets the day prior (I witnessed it!), the result of produce trucks tracking mud the California sunshine had since baked into the asphalt resulted in a relatively bumpy ride for the majority of the course.

Grateful for a second transition on grass, I finally found the opportunity to unleash my bladder when I could not bring myself to do it on the bike. Running over the grass felt pleasant on the joints, and I made my way out onto the run course for a round of golf. It did not take long for me to recognize this course did, in fact, resemble every other golf course I had visited. Undulating and green, I ran on the path, as well as over sand and grass. I started counting the holes I played and wondered if I ran at par. My run splits sounded with every mile from my watch, but I chose to ignore them and instead, I ran by feel. Coming back to the tennis gardens before starting my second loop, I heard my presence announced over of the sound system, and my urgency to keep moving escalated when he confirmed I currently held one of the lead amateur positions. 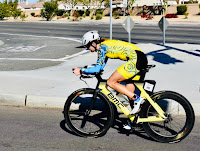 Like what has transpired in the last two races this year, I let my lead fall in the second half of the run. Granted, before starting this race, I knew not how far my legs would carry me given the significant pain and swelling in my knee I have experienced on and off since Kona. To still find myself running into the second lap of this two-loop course, surprised me, really. So while I crossed the finish line first among all the amateur women, my placing fell to the second stellar lady who crossed the line after me. This pretty much confirms I have some work to do.

This venue lacked not for space, for beauty, and for warmth. Bryan and I learned about the palm trees grown here to produce 95% of the country's source of dates. We also added to our list of "must-haves" when we consider the tools needed to successfully build up my bike. Finally, I have officially decided I do not need to have a certain number of years denoting my age in order to consider myself a snowbird. My mom birthed me in California. Therefore, this trip confirms I belong in California for at least part of every year.

Cheers to finally making it to the off-season! Bryan and I celebrated with a glass of wine, Justin's peanut butter cups, and later, more wine and goodies from Shield's Date Garden (after a walk, of course.) I look forward to big changes next year, which I hope will provide me the opportunity for growth in this sport and my profession. Next year I will open up a few more coaching spots for those interested in working with me (find out more HERE). I will strive to work more closely with my sponsors. I will finally discover a better way to wash my training clothes. For now, though, I just remembered I need to add a corkscrew to our travel bag. We will not make the mistake of sitting down to enjoy a bottle of wine, only to find out we have no way to open it. Not ever, ever again. 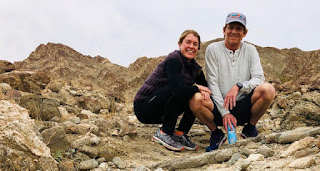 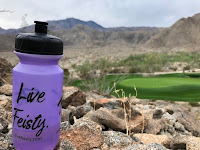 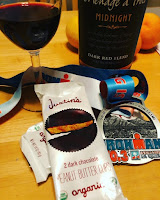 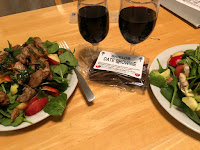 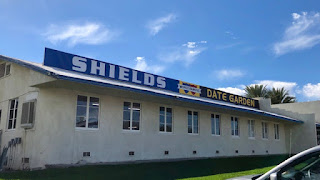