Leadman offered one of those adventures I would have expected only to find north of the border. Yet Bryan and I had just arrived back from the eastern side of the country, and we most definitely found ourselves south of Spokane. Here, Bend, Oregon enticed us.

Our morning started out cold, about sixty five miles southwest of Bend at Cultus Lake. A mountain lake, that sense of relief that often occurs when stepping into a body of water when the air is colder didn't happen this time. Nope. I stepped in hoping it would feel warmer given the outside temperatures hovered in the low 40s. The water felt just as cold. However, I couldn't ignore the clarity of the water, the way I could look down at my toes even when I'd waded well out into the lake to the starting buoys. Mountains surrounding the lake mirrored the ones I'd seen in British Columbia, Canada. Tall. Rugged. Snow-capped.

Before our departure to the starting buoys, LifeTime Fitness had done a stellar job of serving us athletes by providing warming tents for us to change in and pass time. Yet there didn't seem to exist much time to pass, as the shuttle buses that hauled us out to the lake got us there approximately forty five minutes before our start. The athletes racing the 250 started thirty minutes before us, and we started soon thereafter.

The swim course followed one straight line out into the middle of the lake, and we swam around the last buoy back toward the boat launch from which we'd entered the water. I had a problem with this course, and it's not that I couldn't site the buoys, but the line I followed while attempting to stay on the buoy line meandered like a cow happily grazing on green grass in his wide open pasture. Despite following the line, I found myself far to the right of the main group. Upon turning the final buoy, I worked to stay off the line and further to the left, hoping I'd find the exit sooner.

Least to say, I believe my swim time seemed slow when I compare it to other swims I've raced this year. Fifth out of the water, I raced through transition (opting out of arm warmers but donning my gloves) and started out on my Quintana Roo. Today, I'd experiment with pushing a slightly higher wattage than at Worlds 70.3 two weeks prior. Even if I pushed too hard, I only had to run a 12k.

The bike course took us through old forests filled with trees so big it would take six people to completely encircle a trunk. Small squirrels and chipmunks chatted on tree stumps along the road, soaking in the early morning sunshine as it made its way through the trees. The first little loop for the 125'ers had relatively good roadway, but I nearly found myself crank deep in a pothole while attempting to take off my gloves. They appeared few and far between, but those holes were large enough to scare me into keeping keenly focused on the road.

My biggest complaint about the bike course was not the hellish climb around Mt. Bachelor, nor the potholes, really. I thought volunteers could have been better educated and equipped with aid at the stations that popped up every 10 miles or so. For those of us who have raced Ironman events, I felt a bit unprepared for having to pull off to the side of the road in order to pick up water off of a table to refill my aero bottle. The biggest concern of the race director involved athletes tossing out their bottles well passed the aid stations, and, riding on forest service land, protecting the cleanliness of the woods seemed reasonable. However, I only stopped at one aid station at approximately 35 miles to refill my bottle. I paid for it later on the run.

Body dehydrating. Calves cramping. Hamstrings pulling. The first mile of that 12k run told a story that initially read as though a disaster would unfold. We ran through residential and newly developing neighborhoods. Therefore, I felt exposed under the intense midday sun. Given the barren, desert country Bend is known for, these ingredients did not at all combine to make for one extravagant final course in this three-course meal. I don't believe there existed a single stretch of flat pavement (or dirt) to speak of, as upon scaling one hill and gingerly stepping down the other side, yet another one grew up before me. I think this trend repeated itself at least eleven times. By the seventh time, I had all but given up.

Yet I couldn't. I had not seen any women up until this point, which led me to believe I might be leading the 125 race. If that wasn't motivation enough, I also kept reminding myself I only had to run a 12k. I'd be damned if I walked. After a year filled with races that included the Boston Marathon, Ironman Canada, and Worlds 70.3, I would not walk in a 12k.

I never did, but I won't discount I might have lapsed into a marathon shuffle at times. Upon crossing the finish line in the heart of the new Northwest Crossing development, I thought I'd just finished a marathon.

This race offered a bit of a reprieve from the hype that often comes with Ironman events. A part of me appreciated this because I didn't feel nearly the pressure or the anxiety that sometimes comes with racing bigger events. In addition, there existed no age group competition because the head referee encouraged us the day prior to race solely against the clock. I did, but I must admit I also thought about the handful of talented ladies in this race and because of my competitive nature, I wanted to come out on top.

Yet I didn't. I never saw another woman on the course because she raced far ahead of me. Finishing just over 8 minutes before me, the lead woman from Bend took top honors. Nonetheless, I nabbed that big belt buckle reserved for those top 15 women and men. I walked away with a sense of accomplishment knowing I'd come into this race after having just raced Worlds 70.3. I happily ended my season with a placing that ceases to relinquish its grip on me. Second place. Next year, I look for a few first places to my name. 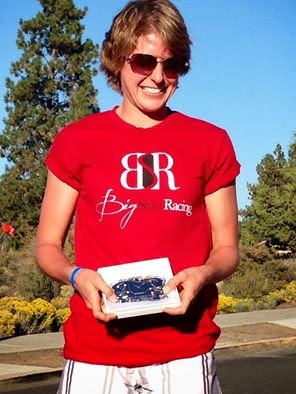 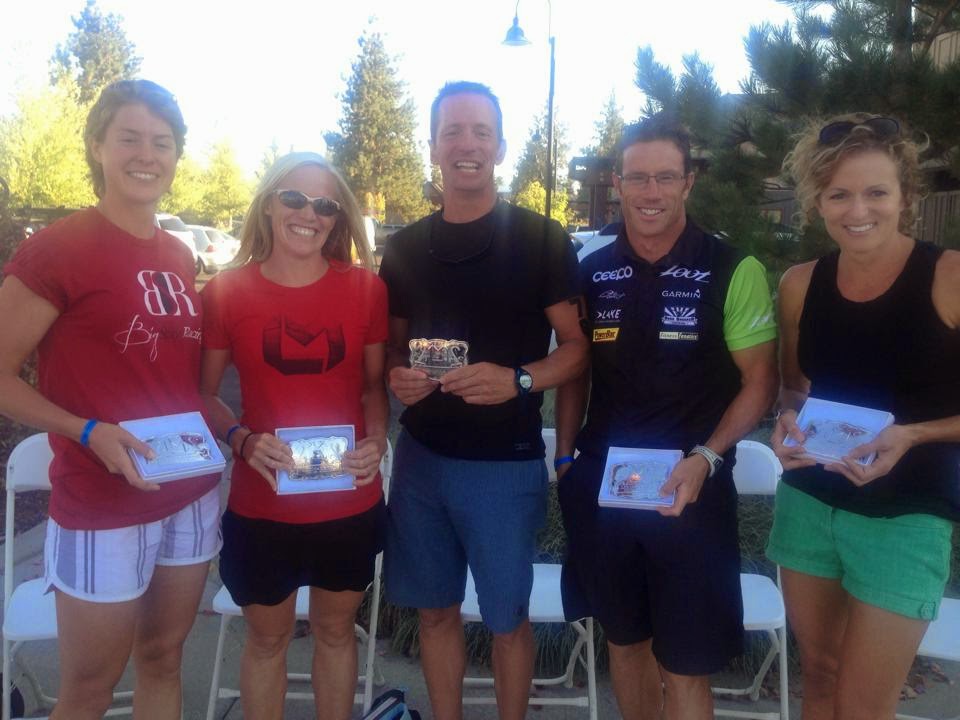 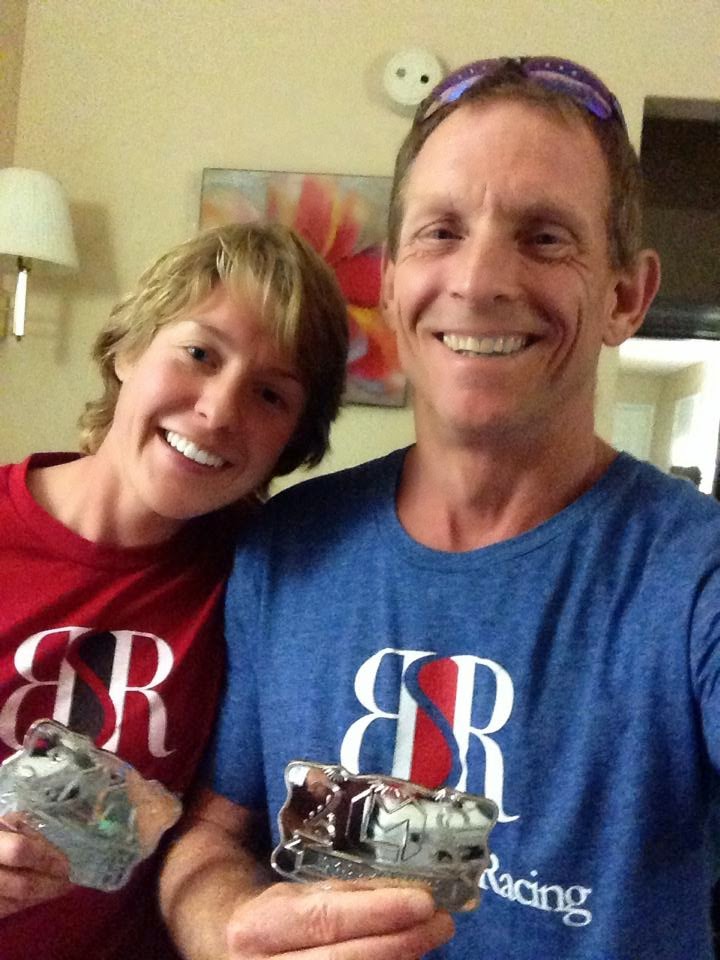 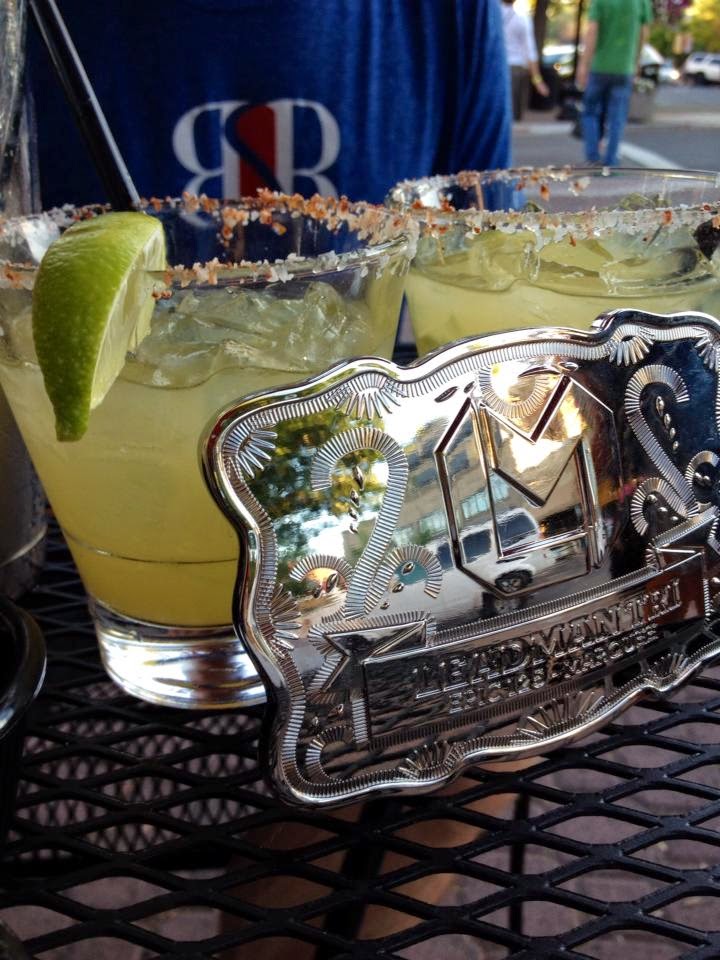