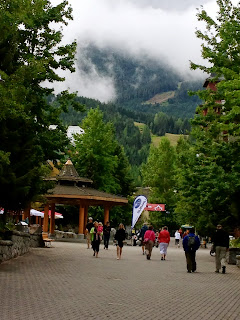 This post comes a few weeks late, but because I'm racing the World Championships 70.3 tomorrow, I figured I better get after this post before it's too late. So, let me tell you about my training weekend in Whistler, BC!

After a long day at work on Wednesday, August 21st, Bryan and me continued well into the day and night to arrive up in Whistler, BC at approximately 2:30am Thursday morning. We could only enjoy the scenery up until Penticton, at which point the darkness began to overtake us with about 4 more hours to go. Crossing the border proved somewhat of a minor fiasco. The officer asked us to drive around "back" to have our backgrounds checked. I only had three states to list off of prior residency in the last 18 years. Bryan, on the other hand, couldn't even remember them all. What proved worse is, apparently, another Bryan Rowe exists with a DUI on his driving record. It wasn't until Bryan provided his social security number that the officer let us go after about a 30-minute delay.

We woke up the next day feeling incredibly sluggish. We rode the first out-and-back of the bike course and felt nothing but admiration for a place ensconced in trees and embellished with streams and rivers. To surround ourselves with Ironman athletes, yet not feel the pressure of an impending race made for quite a "vacation." We could enjoy our surroundings, yet feel motivated to make this weekend a training weekend, too. 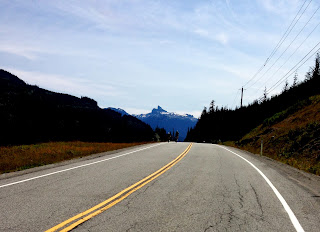 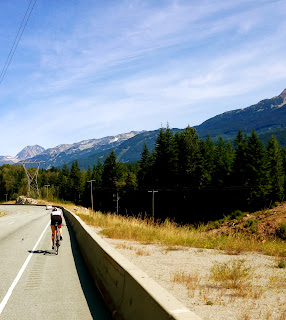 Friday, we swam in Alta Lake, the location of the two-loop swim course. We swam later in the afternoon, which meant we enjoyed choppy waters and threatening storm clouds. It made for a slower swim, but I felt blessed to have the buoys already set out to follow around the lake. Locals warned us of the risk for swimmer's itch, but I knew after setting foot in the water that it felt far too cold. It reminded me more of Lake CDA's water temperature than it did my usual training hole, Bear Lake. You'll notice the mountains in the backdrop in the picture below. I couldn't quite enjoy the views while swimming, but taking the time to do so when we finished felt well worth our time. 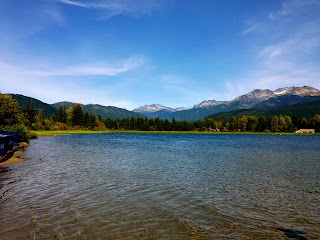 Saturday, we rode part of the second out-and-back of the bike course toward Pemberton. We had initially intended to ride the whole thing, but I must have felt anxious to get back to Whistler. Flying down all those hills (I should say, one BIG hill) meant we had at least an hour worth of climbing to get us back home. In the end, we missed riding the only flat section of the course, the portion they call the meadows. Upon turning toward home, we realized we didn't just have a hill to climb, but a headwind to push through as well. I'm hoping these kinds of winds only crop up later in the day, as it was well into the afternoon by this point.

Race morning, Bryan and I woke up at about 3:30am to head down to the Run Special Needs Bag drop off at T2. We didn't get to see all our TriFusion teammates, though we did have a chance to wish Ben Greenfield well as he headed off to the swim start. It felt very rewarding to have the opportunity to smile at every athlete who handed me his or her bag and offer calm reassurance to faces filled with incredible anxiety.

After our two-hour rotation, Bryan and me headed out on our long run to tour the longer portion of the run course. By the time we made it out toward the Sea-to-Sky highway, athletes had already found their bikes and were riding out the first part of the bike course. We loved the run course. You get a little bit of everything: running through town, through the woods, and along several lakes. It's likely the run course that helped us solidify our decisions to sign up for next year.

This may be how we feel about what next year's training is going to require. Yet again, one must not ignore those mountains! 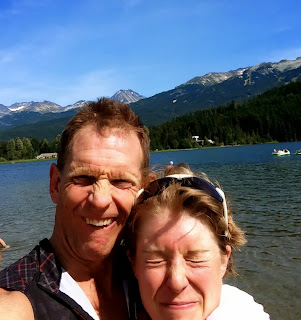