A Recap (from the Race Director) of the Wild Moose Chase


Race Results from ATL Timing can be found here, at http://atltiming.com/results/2012/wild-moose.html
On the last Saturday of September, Mother Nature graced Spokane with clear, blue skies, sunshine, and mild temperatures that hovered in the low 70s. Hopefully, the people of Spokane wandered out of their houses, escaped the movie theaters and instead, spent time outside soaking up the sunshine. A handful of people did just that, though perhaps one might claim they accomplished much more. That’s because on this day, the last Saturday of September, over 250 people ran through Mt. Spokane State Park in search of the Wild Moose.

While Steve Christensen (the head honcho they call the Park Manager of Mt. Spokane State Park) would normally not advise visitors chase wild animals, he allowed Eastern Washington University’s Doctor of Physical Therapy Program to host an event whose name suggested people do just that.

Spokane area runners, as well as others from Idaho, Oregon, and California, joined in on a fun event deemed The Wild Moose Chase Trail Run. Despite not having any reports from racers who spotted a moose while running the course, it was reported (via email) from one participant that a bull moose stood in the road as she made her way down from the mountain after Saturday’s race.

“Thankfully I saw him in plenty of time to slow [down],” explained Liv Larson Andrews. “He was massive. He just lazily walked across the road and up into the trees. So, your race is aptly named!”

The 25-kilometer course escorted runners on trails that meandered down the mountain, up the mountain, and then further up the mountain. Runners scaled some of the same hills on foot that downhill skiers and snowboarders rely on chairlifts for during the winter months.

Many described the experience as challenging. John Kercher, a local triathlete and runner who trains with Tri-Fusion Triathlon Club and the Spokane Distance Project, explained it wasn’t until after you’d run up one hill and started coasting down the other side, that another hill awaited you up ahead.

Matt Beard, another Tri-Fusion member and legitimate ultra-marathoner who regularly races trail runs of remarkable distances, described the course like this: “I was impressed, [it is] pretty tough. I don't have a lot of experience with 25k [courses] but it's the harder of the two I've done.” When he says he doesn’t have a lot of experience with 25k courses, it means he runs courses of the 50- and 100-mile variety more frequently. To hear this guy say it’s tough means, in all honesty, it’s brutal.

Those who ran the 5-kilometer and 10-kilometer courses enjoyed scenery along the Nordic trails. Due to trail-widening construction that has taken place throughout the summer, race directors altered the courses slightly to keep participants from running through mountain dust that in some places was 6 inches deep. People had no trouble navigating their way through the woods, hill over endless hill. Participants who ran last year were quite certain this year’s courses took them over far more hills, and therefore, posed a much greater challenge.

Despite the “endless” hills participants claimed they had to climb, Erik Fagan of Spokane crossed the finish line in a time of 39:24 to claim the top male finisher title. Tami Hicks of Cocolalla, ID claimed the top female title with a time of 51:10.

For those looking for a challenging race, perhaps the biggest surprise came in the form of a short 5k course. The biggest lesson here? Just because it’s short doesn’t mean it’s flat! This year’s 5k course took runners on the Eagle Crest trail, which is noted by a sign that deems it “Most Difficult.” In response to participants’ suggestions, race directors will probably opt to utilize an easier trail for next year, as long as construction hasn’t torn up the flatter trails.

Despite the hills and a 5k course that might have been a tad long, Kevin Oberholser captured the top male title with a time of 22:11, while Christina Meyer led the women with a time of 27:19.

Race directors and the DPT Class of 2014 would like to thank everyone who came out and used their last Saturday of September to run the Wild Moose. We hope Across the Line Timing brought you your official race results in a far more acceptable time than the race directors were able to do last year by hand. The photos taken by Jeff Ferguson not only captured the enjoyment of our finishers, but the amazing scenery as well. We look forward to using the suggestions and recommendations participants provided this year to make next year a better event. Stay tuned! The running of the Wild Moose will be back for 2013.

To see more photos by Jeff Ferguson, visit his website at www.jfergusonphotos.com. 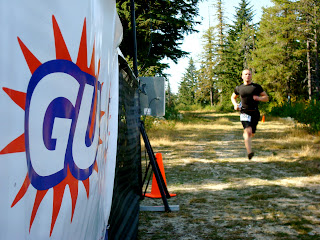 The Class of 2014, as well as the Race Directors, would like to extend a huge THANK YOU to our Sponsors: